On November 18, 2011, there was a release event of a 3D Sandbox game “Minecraft”. The logo of that game was made using this font. This is why this font is very popular because that game is a worldwide success. Everyone loves playing that game from kids to middle age people. This game is for everyone.

This game has no specific goals to complete. It gives freedom to the player to play however he/she likes to play. The player can create his worlds in it and build houses and castles in it. This game is so popular that even online streamers stream their gameplay of hours online and people love watching it.

The main and most famous use of this font is for the logo of a world-famous 3D game “Minecraft”. This game is available on all platforms such as PlayStation, Xbox 360, Xbox One, and PC. This font is the choice of millions of designers because of its techno look and its popularity. Undertale Logo Font is a very close enough alternative to it.

Many Graphic designers use it to make gaming posters, techno theme designs, and sometimes Logos also. Because of it being popular, many game developers use it in their newly under develop phone games because of its cool old games type look. Designers use it with its similar-looking fonts as well.

Many posters we see of games or gaming tournaments use this font and it does give them a good and rigid look. Many designers have this font in their library and they use it with its other alternatives and combinations to make amazing animations and gifs also. 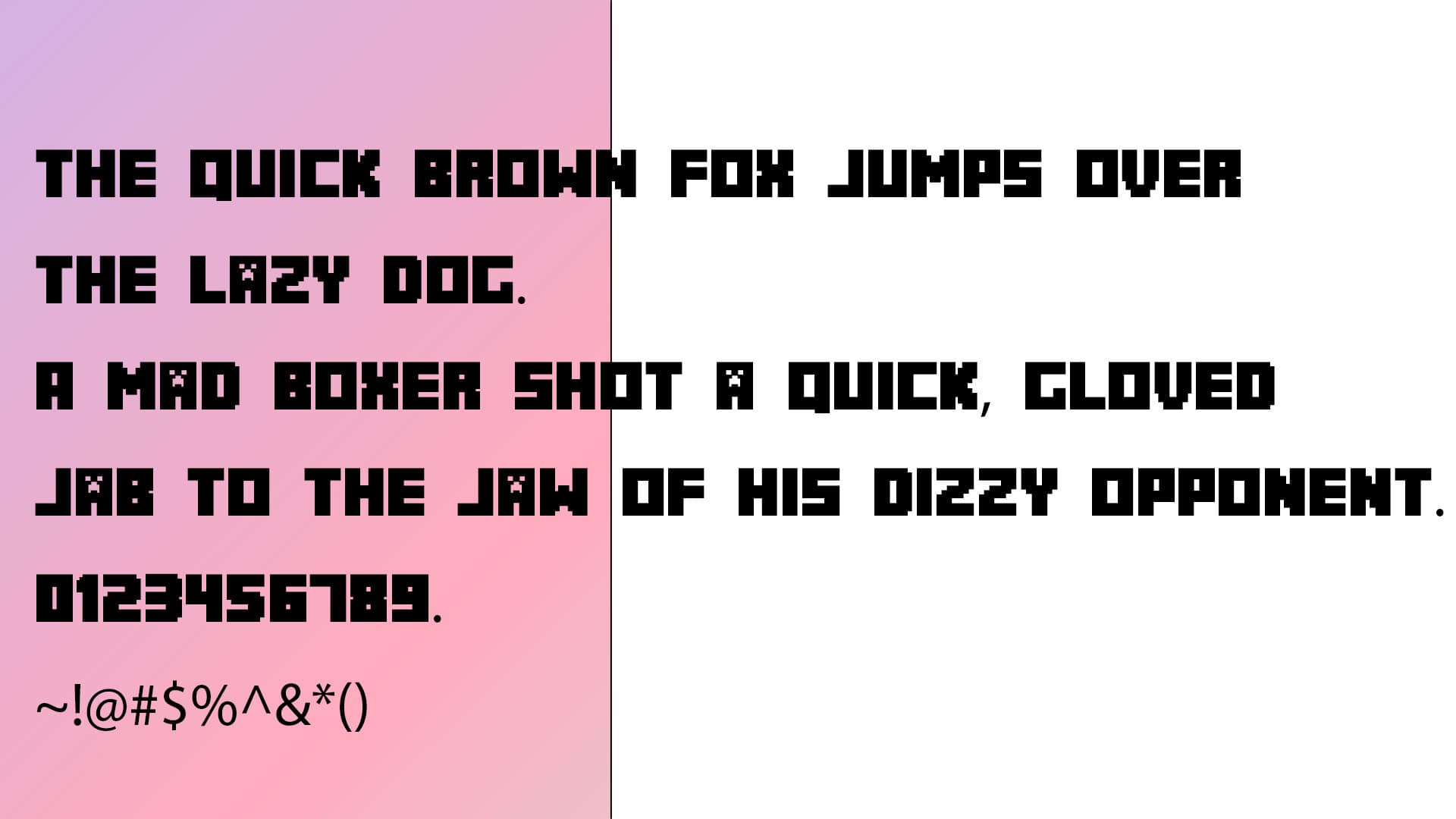 This font is only available to free for personal usage. If you wish to use it for commercial purposes, you will have to buy a commercial license first.

If you want to download this techno theme font for free then just press the download now button below and enjoy using this font for free.

What is Minecrafter Font?

Is Minecrafter Font a fancy font?

No, it is not a fancy font. It is a display font and it falls in the category of modern techno square typefaces. It has rigid characters with uppercase, lowercase, and some special characters.

Is Minecrafter Font available on Mac?

It is not available by default on Mac. If you want to use it on Mac then you will have to download it from our website first. Then install it manually on your Mac to use it.

Where is Minecrafter Font in use?

The main and most famous use of this font is for the logo of a world-famous 3D game “Minecraft”. This game is available on all platforms such as PlayStation, Xbox 360, Xbox One, and PC. Today we are introducing you to a typeface that is perfect for displays and texture contents name Agelast Font. This amazing and unique typeface …

Ferrari Font is one of the most famous fonts in the world. It has been used all around the world by individuals who are …